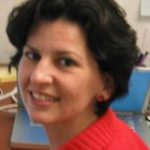 The Weaver laboratory studies many aspects of cancer invasion and tumor progression. Current invadopodia projects include:

1) the role of actin assembly proteins, such as cortactin, in invadopodia-associated ECM degradation;

2) how physical aspects of the extracellular matrix affect invadopodia functions;

and 3) computational modeling of invadopodia. 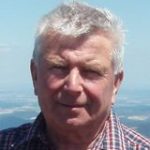 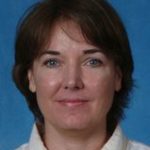 The Otey lab studies the regulation of the actin cytoskeleton in migrating cells. In particular, we are focused on a recently-described protein called palladin and its molecular partners. Palladin, alpha-actinin, VASP and Lasp-1 are all actin-binding proteins that possess the ability to bundle actin filaments in vitro, and they are all found in actin-rich structures such as stress fibers and focal adhesions that are required for normal cell motility. In addition, palladin and alpha-actinin are found in podosomes, which are involved in both adhesion and matrix degradation. We are currently pursuing the hypothesis that palladin and its partners play critical roles in both physiological cell motility (during embryonic development, wound-healing and tissue remodeling) and in pathological cell motility (during cancer metastasis, scar formation and arterial restenosis). 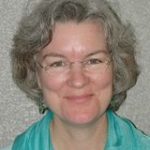 Our research encompasses basic cell biology of tumor cell invasion, focusing on two tyrosine kinases, c-Src and Syk, with opposing roles in cancer metastasis. A major focus is invadopodia, the cell surface membrane protrusions formed during tumor cell invasion, and their role in invasion and metastasis. We use cortactin, a Src substrate, and MT1-MMP, an extracellular matrix-degrading, membrane protein, to identify and study the formation of invadopodia and acquisition of proteolytic activity. High resolution light and electron microscopy techniques are used to identify these structures and examine the membrane-associated signal transduction events that occur in conjunction with the formation of invadopodia. In vitro and in vivo assays are used to measure the consequent matrix adhesion, proteolysis and phagocytosis that are mediated by invadopodia. We also focus on determining the mechanism of breast cancer tumor suppression by the Syk tyrosine kinase. Utilizing mouse model systems, 3D culture and normal breast epithelial cell or tumor cell lines in vitro, we seek to determine the contribution of Syk to pre-malignant progression as well as its role in tissue conversion to the invasive and malignant phenotype. 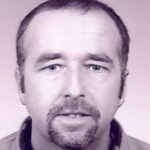 Mechanical forces play an important role in the growth, maintenance and function of tissues and organ systems. External forces applied to the cell are sensed at cell-matrix adhesions through integrins that connect the extracellular matrix to the underlying actomyosin cytoskeleton. Conversely, actomyosin contractility generated intracellularly affects cell adhesion strength and matrix rigidity. This balance of forces is known as tensional homeostasis.
Our efforts are directed at defining signalling pathways and molecular mechanisms that regulate tensional homeostasis by affecting actomyosin-based contraction. Moreover, we would like to understand how deregulation of these pathways contributes to tumor cell progression, invasion and metastasis. Previously, we established that the small GTPases Rac1 and Rho A oppositely control actomyosin contractility, affecting cell adhesion, migration and spreading. At present, we are investigating a role for the channel-kinase TRPM7, both a cation channel and a Myosin II heavy chain kinase, in regulating cytoskeletal tension and cell adhesion. For these studies, we use a multidisciplinary approach combining biochemistry, cell biology, molecular biology, proteomics and cell physiology. 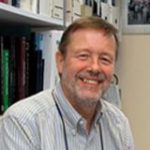 Our current work is concentrating upon a detailed study of podosome assembly and turnover in normal cells in the hope that this will provide an explanation of their role in directed cell migration. This work is given extra impetus by the finding that podosome-like organelles are also found in many invasive cancer cells. 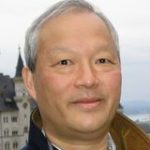 Podosomes in vascular smooth muscle cells and their pathophysiological role in proliferative vascular diseases are our general area of interest. PKC, Erk1/2 MAPK, and caldesmon-dependent regulation of podosome dynamics is our current research focus. PKC and Erk1/2 MAPK are signaling molecules involved in the regulation of podosome turnover. Caldesmon is an actin-binding protein involved in the regulation of actin cytoskeletal remodeling and contractility. Erk/12 MAPK and caldesmon are both regulated by phosphorylation. Dysfunction in the expression and/or phosphorylation of Erk1/2 and caldesmon may contribute to the invasion of vascular smooth muscle cells from media to intima in proliferative vascular diseases such as atherosclerosis. 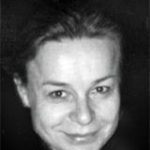 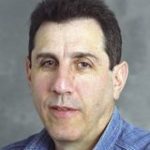 Adhesion to the extracellular matrix (ECM) or to neighboring cells regulates multiple cellular processes such as cell migration, morphogenesis, proliferation, gene expression and survival. Activation of these responses involves specific interaction of membranebound adhesion receptors with the external surface, sensing its chemical, topographic and mechanical features, activation of specific signaling networks and assembly of multi-protein adhesion complexes at the contact site. Topics addressed by different members of the group, include:
– Molecular diversity of adhesion complexes
– The roles of mechanical force in adhesion development
– Role of phosphorylation in regulating cell adhesion and migration
– Signaling from the ECM
– Cell adhesion and migration in cancer
– Quantitatibve automated microscopy and high throughput screens

Integrins are cell surface receptors that bind proteins of the extracellular matrix and associate with the actin cytoskeleton. The ligand binding property of integrins requires a pre-activation step that is characterized by a conformational change of the ectodomain and separation of the transmembrane and cytoplasmic domains. Following ligand binding integrins cluster and assemble gigantic signaling hubs that contain hundreds of proteins. With the help of these signaling hubs and the connection to the acto-myosin network integrins are able to trigger biochemical signals and to transduce and receive mechanical signals. The residence time of integrins on the cell surface is short and within a few minutes they internalize and most of them recycle back to the cell surface. This intracellular trafficking profoundly affects integrin function, signaling properties and cell surface distribution. Furthermore, there is accumulating evidence that integrins are checked for their integrity in endosomes and if damaged, they are sorted for lysosomal degradation. In our laboratory we study how integrins become activated, how they execute their signaling tasks, why they recycle, and how a damaged integrin is recognized in endsomomes.